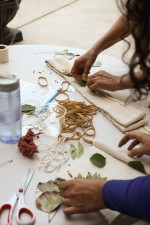 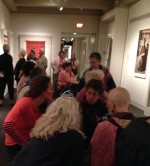 Thank you to everyone who attended WARP’s 2015 Annual Meeting.

Our theme was Blending Tradition and Textiles.  There were textile scholars, community developers, students and fiber activists, with plenty of opportunities for education and networking.  Our Annual Meetings are golden opportunities for making new friends and for renewing our relationships with other fiber enthusiasts from across the U.S. and around the world.

The 2015 WARP annual conference also featured presentations by student scholarship winners, hands-on workshops, a celebration of new books published by our own members—in 2015 we celebrated with Deborah Chandler—as well as an international marketplace and evening dinner and auction fundraiser.