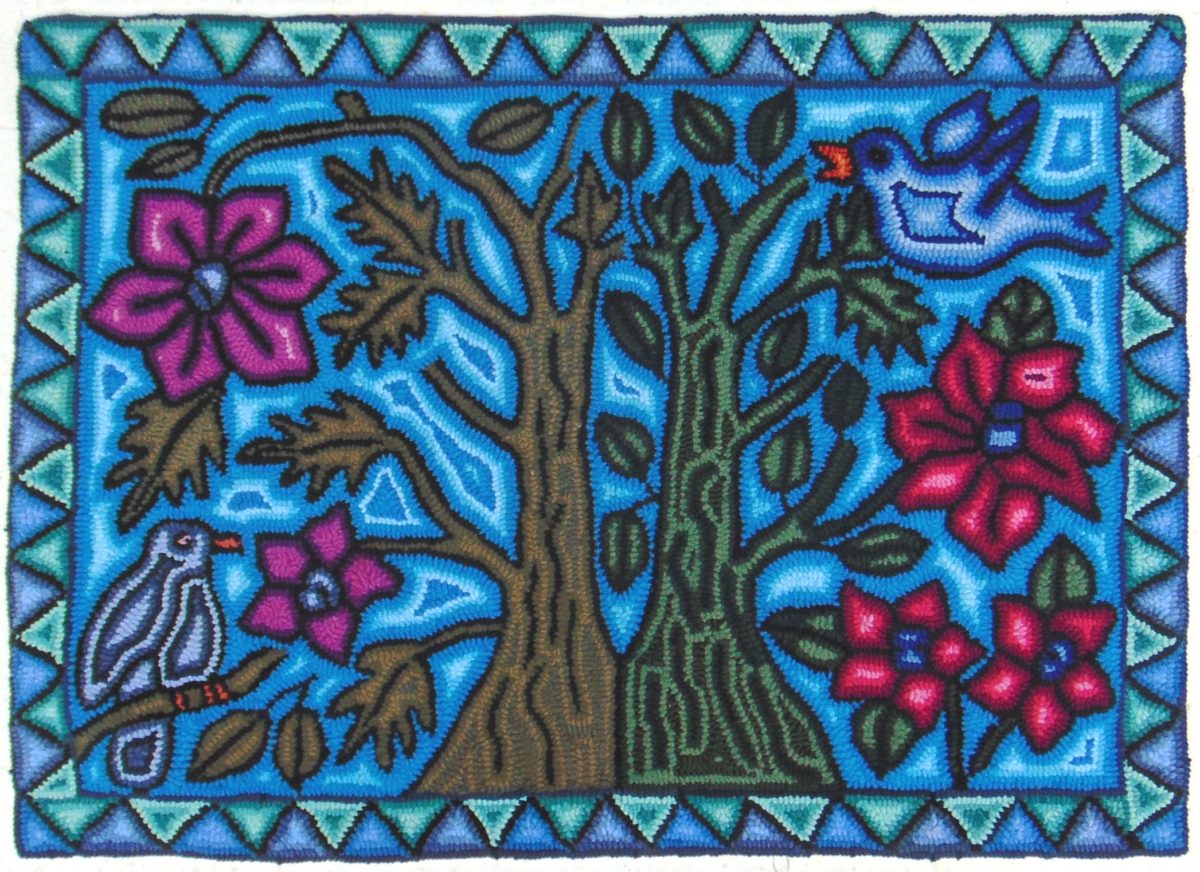 With the onset of the Pandemic, artisans, both individuals and groups, are as hard hit as the millions of other people suddenly without work. As we all know, by the time we emerge from this we will be looking at a different world than the one we left behind a month or two ago. In its role as a networking organization for people working with artisans in communities-in-need, WARP recently posed the question to its membership: How is the COVID 19 affecting the people you work with, and what is being done to confront the challenges? Please send us your ideas or needs, as everyone is dealing with the big question, “Now what?”  What follows are the answers we have gotten. If more people write in, we will share more. That’s what we can do. Meanwhile, thanks to those who sent in their stories.

In Guatemala, as in countries across the globe, schools are closed, many businesses (except essential services) are closed, and some small towns and villages are denying entry to anyone but locals. Social safety nets and government help – like the one the US just passed – are seriously limited. A small NGO might reasonably suggest pulling back production because who knows how long this will last?

But here’s the thing: the husbands are out of work and older children who work outside the home and contribute to the household income can no longer earn money either. And so suddenly and dramatically rug money becomes extremely important. With kids now at home, not at school, it’s a good bet production will fall off anyway. It’ll take care of itself. The point is a revenue stream remains – and the family can feel some security in this fact. Maybe they’ll appreciate mom a bit more, too.

For more information about Multicolores, check out their Facebook page.

(DC: and as a sign of their flexibility in thinking, when a recent show and sale of rugs was cancelled, with the help of 32 auctions, Multicolores created an online auction to sell the rugs. It was very successful.)

My question is how to best help some of the families I have worked with for many years.   I am not sure if I put in more orders, I’ll be able to sell their products.  I am checking what their greatest concerns & needs are.  I’m thinking if I provide some regular small stipends it might go farther for them than orders that I am not sure I can sell.  No easy answers. Just helps to write out my questions.   It’s so sad because some of kids of the weavers were going to the universities on the weekend (and working during the week).  Now I am just concerned that the families just have the resources they need to survive.

Postscript 4/7:  Going to focus on the virtual world right now 1) Looking for options for keeping those university students (and others) in school virtually (using cell phones or ???, any ideas?).  2) Transition my 20 year old still working website http://terraexperience.com to a Shopify website (interim site for new products is https://terradollclothes.com/), (I could use help from a Shopify geek and marketer),  and keep in touch (virtually) with artisan families and groups to get their ideas on what is needed to survive in the coming year. I also want to plan and invest for future global and local economies, markets that are likely to be significantly different than those they or I have known.  I am focusing on products that are most likely to keep kids in school (and sell on web), including doll clothes that are miniatures of traditional Mayan dress, embroidered tapestries that tell stories of their lives, and paintings done in the traditional styles of Lake Atitlán and San Juan Comalapa regions. All may be seen on the terradollclothes.com site above.

My work with weavers in Independencia, Bolivia began in 2007 as a Peace Corps Partnership Project. Since the Pandemic began I have been in touch with the weavers weekly through a video WhatsApp call. The timeline and impact of COVID-19 during the month of March can be read at: https://pazaboliviablog.com/2020/04/03/quarantine-in-independencia/

There’s a link at the end of the blog posting to a YouTube video made by a Dutch motorcycle adventurer taken in Independencia. I spotted my favorite shopkeepers, my landlord, and Doña Maxima and her husband. I watched later episodes as the national lockdowns impacted her/the motorcyclist’s travels. She ended up in a Peruvian altiplano village for the initial 15 day lockdown, and as a foreigner was singled out by the police and local medicos for attention. Unfortunately, that led to ugly rumors about the foreigner bringing the virus to the village that spread insidiously via Facebook. (Note from DC: sadly, this is common now, a fear of “others” that leads to dangerous behaviors in many places.) 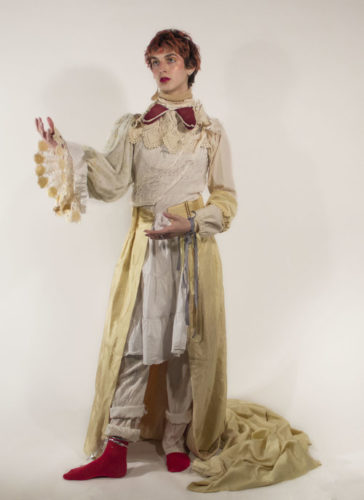 Right before the pandemic and subsequent measures took the city by storm I was designing and fabricating over 100+ costumes for four prominent anti-war veteran groups in the big apple: Veterans for Peace, Chapter 034, Vietnam Veterans Against the War, Abraham Lincoln’s Brigade, and the Veterans Peace Council of Metro New York. This project was part of a larger mission to invite veterans from across the United States to participate in various anti-war demonstrations in my costumes, banners, and fabric puppets.

March and April were to be our fundraising months to help collect money to support the project. I have been racing the clock applying for relief grants and the like, though my competition is vast given the circumstances of so many artists, artisans, and craft folks. I would love to ask for support at this time for the continuation of the veteran project. Through the support of the veteran project, I would be able to share veterans’ stories on my social media, and have an influence on communities throughout the United States. Right now more than ever the global community needs to hear about war and the possibilities of peace! 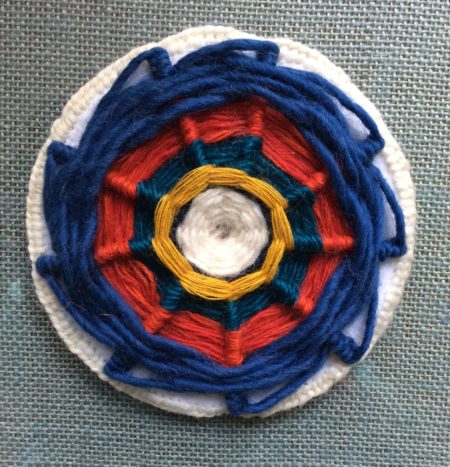 The Footsteps to Recovery program case manages vets with severe mental illnesses such as schizophrenia, bipolar, PTSD and major depression.  The particular benefits from our unit on fiber are related to each vet working on their own chosen creation as part of a larger project which they can collectively feel proud of. Each vet chooses their own fiber and design, selecting textures and colors which they are drawn to. Yarns have been donated from weavers at Ruthie’s Weaving Studio here in Portland and include all types of natural fibers including hand spun woolens, linens and roving.  Having a designated creative time and space helps the participants structure their day, connect with peers, give and receive positive feedback and just enjoy feeling and working with the natural fibers!

My last day to work with veterans at one of the mental health clinics at PVAMC was March 13th. We had been weaving yarn mandalas on CDs, coasters, and bike rims with the plan to display them in the lobby at the end of April.  Of course all that changed but not before I was able to put together some take home kits for weaving at home! 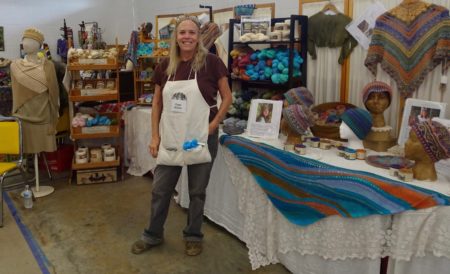 Textile production has deep roots in this area.   Up until the 1930’s some women were still weaving overshot coverlets on homemade barn looms.  Quilting remains a popular avocation.  I have a locally produced, prize winning quilt on my bed, which probably should be in storage, but I like to see it every day.  Commercial textile production drove the regional economy until fairly recently.

I belong to a small group of retired ladies who have the crazy idea that we can use regional textile traditions to generate economic growth in our area.  We have floated a number of ideas and tried out a few, but the one that has been most successful was the 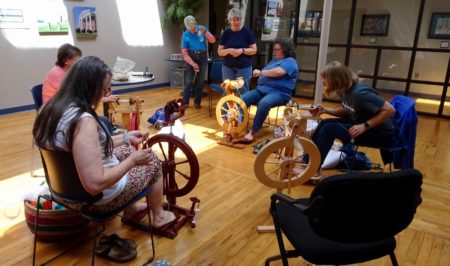 Blue Ridge Fiber Fest.  The first festival, two years ago, surprised everyone — us included.  Around 1300 visitors descended on the town of Sparta, North Carolina.  The only motel in town filled, and local restaurants ran out of food.

We were looking forward to pulling off another successful festival this June, but like every other event, ours has been cancelled.  We have not given up, though, we are going to try and do a series of smaller events throughout the summer.  This will help our vendors and teachers, who have now lost a half year of revenue, and it just might help some of our local businesses stay afloat.

Craft fairs are closed, so we take advantage to produce pieces…still worried about our futures, no tourism, no incomes…we’ll see. 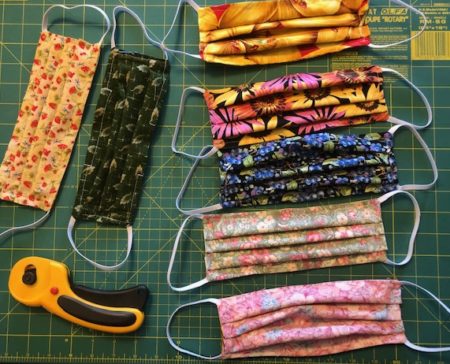 Here is the only thing that I can think to do from quarantine that might be at all helpful during these surreal times.

DC: Who are you giving them to?

Friends and family and others like nursing homes.  I then might move on to www.weneedmasks.com  It’s the only thing that makes sense to me and has been keeping me half sane…though that might be beginning to fray around the edges somewhat.

Note from DC: I added this because this idea is making its way into many artisan groups also. Groups with sewing skills in various countries have shifted their focus to mask-making, for local and international sale, thus filling a need and providing work. Good idea. 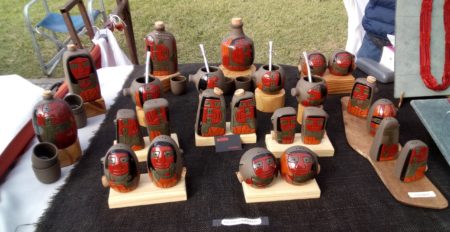 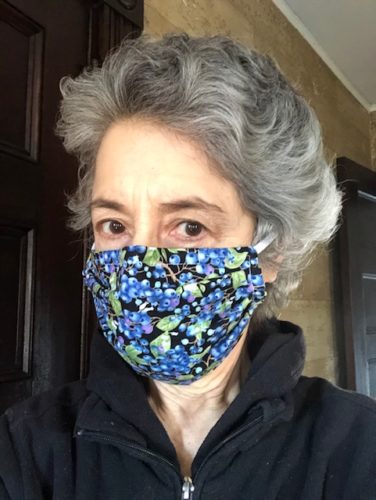 2 comments on “Seeing the World Anew”