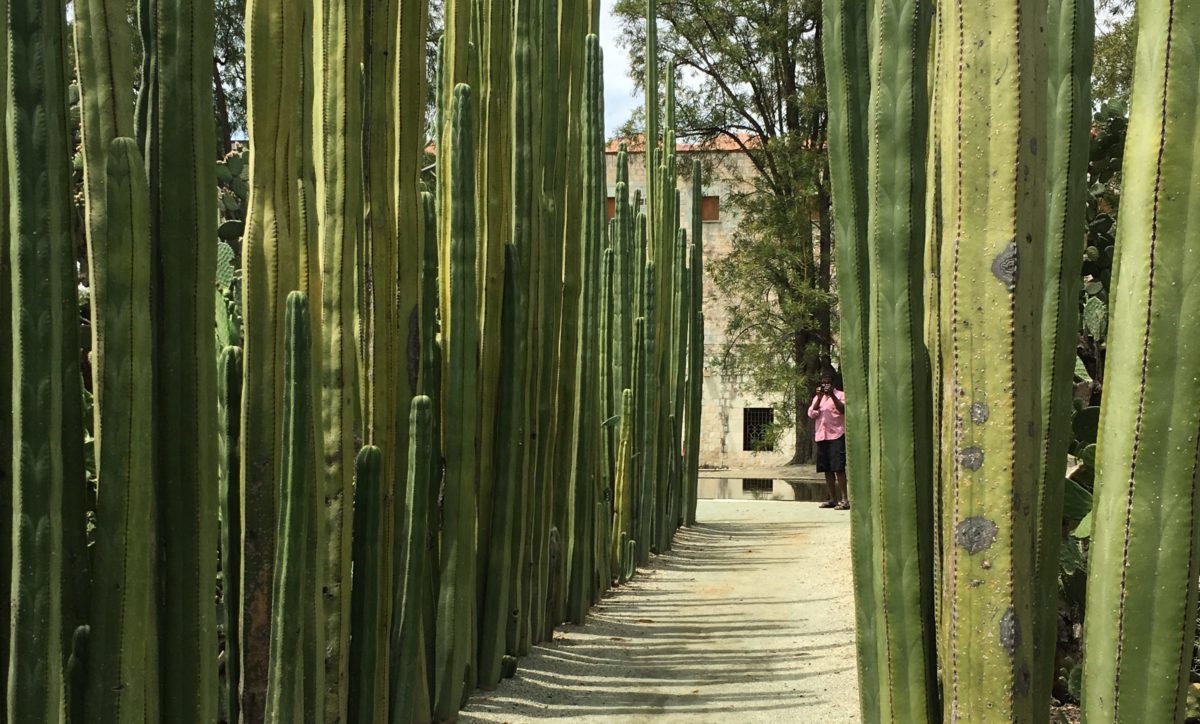 The thing that I love about visiting a botanical garden is how easily the landscapes and vistas transport you across space—to different climates and other places around the world, sometimes familiar– sometimes not. And the really cool thing about visiting an ethno-botanical garden is that you can be transported across space and time, because this kind of garden also showcases plants used by people. Such was my experience while visiting the Jardín Etnobotánico in Oaxaca City, Mexico. This city is a perfect place for such a garden; it is a UNESCO city of Culture, and is in one of the most bio-diverse regions of Mexico.

The only way to visit this garden is to be part of a guided tour. As our fabulous guide Georgina Rosas led us on winding paths through the 2 plus hectares, we learned that the creation of the garden was a collaboration between artist Francisco Toledo and anthropologist Alejandro de Ávila Blomberg; it is part of the Santa Domingo Cultural Center.

The garden is a showcase of plant diversity organized by climate zones, and of innovative and practical installation features that are prime examples of cutting edge sustainability. Renovation of the church grounds and building of the gardens included a passive rainwater catchment system that directs rainwater from the roof of adjacent buildings to an underground cistern (below a huge plaza) with a capacity of over 1 million liters. In an experimental setting a large geothermal temperature-controlled glass-greenhouse with roof access through a central stair, protects several species of plants and trees.

There is another story expressed in the plantings of the garden; one that reflects regional history and intentionally symbolizes cooperation and resistance experienced by native peoples. Domestication of corn from a grass known as Teosinte and squash began in this region around 10,000 years ago. Today, 47 of the 57 varieties of native (non-GMO) corn are in the State of Oaxaca. We are told that the garden also hosts rare and endangered species (perhaps the reason plants are not labeled). Georgina also takes us through a forest of prickly pear cacti ‘guarded’ by walls of columnar cacti. Prickly pear supports cochineal, a small insect that produces an intense red dye. The dye played a major role in the economic development of Spain during the 16th century. Only silver was a larger export from the New World to Madrid.

Thank you to Alejandro, the director of the Oaxaca Botanical Garden, for allowing WARP to use these photos. 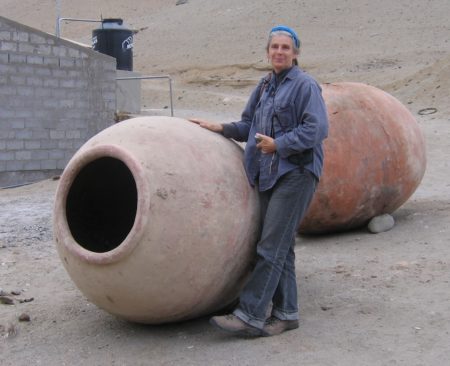 Gail Ryser lives in Tucson, is an archaeologist specializing in paleoethnobotany and perishable fibers. Her research area is the central Andean coast. She is an active water-harvester, seed saver, and gardener.