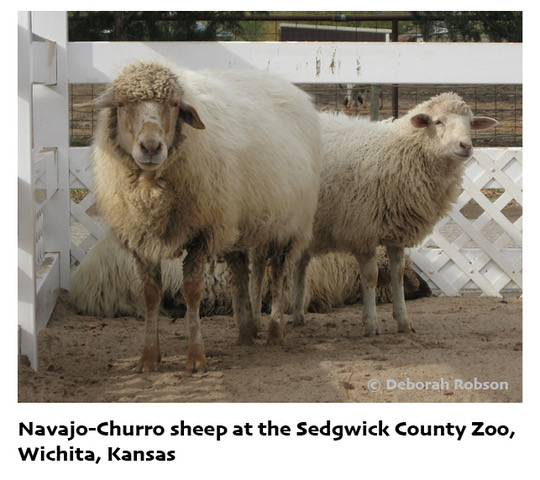 If you have not yet watched “A Sheep’s Tale: Preserving the Churro,” the WARP-organized webinar about Navajo-Churro sheep, don’t miss it. The three presenters—Molly Manzanares, Alta Piechowski-Begay, and Lyle McNeal—have been stars in one of the primary constellations by which I’ve navigated my life for a number of decades.

In 1985, when I was editing Shuttle Spindle & Dyepot for the Handweavers Guild of America, I first became acquainted with the work that Lyle and Nancy McNeal had been doing to conserve Navajo-Churro sheep and to re-establish them more widely across the Navajo Nation. In 1996, when I attended the first Sheep Is Life gathering, I became aware of Molly Manzanares and her family and work. In conjunction with that trip, I had the good fortune of visiting with the Begay family in Jeddito. That was the only research-and-writing trip that I was able to take as editor of Spin-Off magazine, but if I could only take one, that was a brilliant opportunity and embodies many of my most treasured recollections. It resulted in what I consider the best of the forty-nine or fifty (I don’t feel like counting just now) issues of Spin-Off that I edited: Winter 1996.

The people featured in that webinar have been working on behalf of Navajo-Churro sheep much longer than I have, and from the inside. I’m an outsider and appreciator, with an interest and experience in the fiber. I’ve worked with it myself, of course, and I’ve dropped everything—when I had neither time nor money to spare—and driven more than 450 miles one way to Santa Fe when I learned about an exhibit of Navajo weavings at the Wheelwright Museum of the American Indian that was closing in a few days. I’ve had a wonderful time examining textiles by weavers, Navajo and Hispanic, from novices to masters, in museums, in the back rooms of trading posts, and occasionally by their looms, in public and in their homes.

And then there’s the personal history. During the Great Depression, my mother’s family, initially living in Oklahoma, lost everything and ended up going west, landing in Taos, New Mexico. During those years they made friends and as a result our family has some Navajo weavings to inherit: for me, a twill-woven, natural-color saddle blanket that I’ve had for quite a while, and a tapestry/rug that came to me when my mother died.

In 1974 or 1975, my young cat was hit by a car and, severely damaged, needed constant attention, including being turned from side to side in the box where he lay, to keep his blood moving throughout his body. Our heat came from a woodstove, which was also our only cooking tool other than an electric frypan. I slept on a mattress next to the stove and the cat, waking every hour or so to gently turn him. During my more fully conscious times, I built a Navajo-style loom and wove a Navajo-style rug, sitting on the floor within reach of the woodstove and the cat in his box. Because the selvedges were drawing in on my first try and this became too apparent when the rug was about one-third complete, I unwove what I had done and re-wove it more successfully, altering the color placement of my design so the effort would feel like it was moving in a positive direction. When I completed that rug, I gave it to my mother. Not long thereafter when I was visiting her, she brought out the saddle blanket and handed it to me, saying, “You gave me your rug. I would like you to have this one of mine.” It is, as you might imagine, one of my most valued possessions.

After my aunt and then my mother died, the Navajo weavings that had been treasured presences in their lives came to my cousins, my sister, and me, where they continue to be of the most intense personal value, both for all the layers of what they mean and for what they are.

As a result of all these things, I approach the subject of Navajo-Churro wool with both bias in its favor and a lot of emotion. While I am an outsider, I understand from personal experience the ingenuity of Navajo textile techniques and the feel of the Navajo-Churro fibers between my fingers, from just shorn to washing, to carding, to spinning, to weaving on an upright loom or knitting.

While the Navajo side of my experience with the wool of these sheep is deeper, I have also had the good fortune to visit a number of bearers of and creators in the Hispanic weaving traditions. In New Mexico, I have spent time at the original Tierra Wools in Los Ojos (now in Chama) and visited Chimayo, spending most of my time there at the Trujillos’.

In addition, Navajo-Churro fibers contributed to the weaving traditions of a number of Pueblo peoples, who originated their textiles primarily with cotton. As wool became available, they incorporated the new-to-them fiber in their techniques.

In short: Navajo-Churro fleeces are versatile, colorful, and foundational to multifaceted textile work in multiple cultures, based in and extending beyond the Southwestern United States. They have also suffused my own life with depth and meaning.

So, finally, let’s talk about the wool. With roughly 1200 breeds of sheep across the globe, there’s no way I will ever have handled them all, but I’ve processed a couple hundred breeds in several hundred iterations. Each breed has diversity within its bounds, and the older breeds—like the Navajo-Churro—have more variety than the newer ones. For the Navajo-Churro, this is most obvious in its range of colors, which extends from whites through the brown spectrum (beiges to chocolates) as well as the blacks (light gray to night). It also manifests in the textures, the diversity of which will be hinted at in the swatches below.

The photo shown here represents what I think of as the quintessential Navajo-Churro lock, and thus fleece structure. I’ve seen quite a few Navajo-Churro fleeces and some of them are shorter, more single-coated, and/or wavier. But if I had to choose one lock to represent the breed, this is it. It is double-coated—you can see the hair coat extending beyond the undercoat—but the undercoat makes up the bulk of the lock. In performance terms, this is important. For woven rugs, that undercoat provides bulk and resilience while the hair component contributes durability. In weft-faced weaving, including tapestries ranging from coarse to fine, this wool accommodates crisp design lines at the same time that it has enough body to comfortably cover the warp ends.

The words double-coated cover a lot of territory in the world of wool, so here are examples of three typically double-coated wools, to show the differences. The top is Navajo-Churro, with a bulk of undercoat and a relatively fine and sparse outercoat. The middle is Karakul, with a predominance of outercoat and enough undercoat to give the lock some additional volume; it’s by far the coarsest and sturdiest of the three. The bottom is Icelandic, with a distinct outercoat component, more easily separated from the undercoat than in the other fleeces (even though this breed’s coats are most commonly spun together).

A lot of sheep breeds offer us white wool. The next most common color is black, with the grays coming along behind that. Browns are less common. Navajo-Churro fleeces encompass that entire natural-color sheepy rainbow. A few of the shades are indicated in the locks and swatches in the photos.

Within the tradition of Navajo-woven textiles, the Two Grey Hills area and style are renowned for exclusive use of natural-colored yarns. Spinner-weavers blend the colors that come off the sheep to produce the exact shades they need, working only with the animals’ palette.

Some Navajo-Churro fleeces contain sufficient outercoat that they are best used for rugs or tapestries, while others consist of mostly undercoat with a softer outercoat and are additionally suitable for making textiles that routinely rub up against skin. The former are generally found in weaving contexts, while the latter may equally well be woven, knitted, or crocheted.

An aspect of Navajo-Churro wool and yarns that’s hard to convey without a tactile component—in fact, not just by being offered the opportunity to touch the fiber but by actually constructing a textile—is its character. The fiber is most often, but not always, spun as singles. Of the nine yarns I’ve acquired from sources other than my own spinning, eight are singles (seven of these are machine-spun and one is handspun). The only plied yarn is a mill-spun three-ply (the dark brown) that also feels like it has an unusually subdued outercoat. For the fabrics that Navajo-Churro wool is most often used to construct, singles yarns perform best: in weaving, the singles wefts neatly cover the warps and the lack of plying twist makes for a smooth finished surface. Singles warps work splendidly as well, for reasons that will shortly become clear.

I’ve noticed a few things in the singles Navajo-Churro yarns that I’ve either spun or worked with, the latter both handspun and machine-spun. One is that the fiber’s robust quality seems to encourage somewhat uneven twist that can be evened out by the spinner, although in my opinion the effort to do so is only warranted when the final goal involves making one of the finest tapestries. Why? Because I’ve found that as I work with the yarn, this unevenness for the most part calms down and doesn’t affect the finished textile as much as it initially suggests it will. A second observation is that the yarns can be painfully difficult to break by hand without untwisting a significant length and teasing the fibers apart a few at a time. The combination of long fibers with the fortification of the outercoat results in exceptional durability: thus the feasibility of singles warps, although these will be spun more evenly and more tightly than weft yarns.

Because of the dual coats as well as traditional practices, Navajo-Churro wool is customarily carded in preparation for spinning. Tools used for making it into yarn range from practical, long-shafted Navajo spindles to spinning wheels. In the Navajo tradition, spinning itself is a two-phase process, the first phase involving the formation of a lightly twisted roving that is then rolled into a ball. The roving becomes yarn in a second phase, which involves more extensive drafting and the insertion of the final twist.

Swinging back now to an earlier point in this fiber section: Navajo-Churro wool’s specific lock structure, colors, and texture make it a versatile fiber that is uniquely well suited for making the rugs and tapestries for which it is known, in both Navajo and Hispanic traditions. It combines strength and cushioning capacity in ways I haven’t encountered from other breeds. And it carries so many stories, for so many people.

Deborah Robson is the fiber author, collaborating with livestock expert Carol Ekarius, of The Fleece and Fiber Sourcebook and The Field Guide to Fleece (both from Storey Publishing). She finds wool endlessly fascinating and writes in-depth studies of its various aspects as often as she can. Her website is https://independentstitch.com.