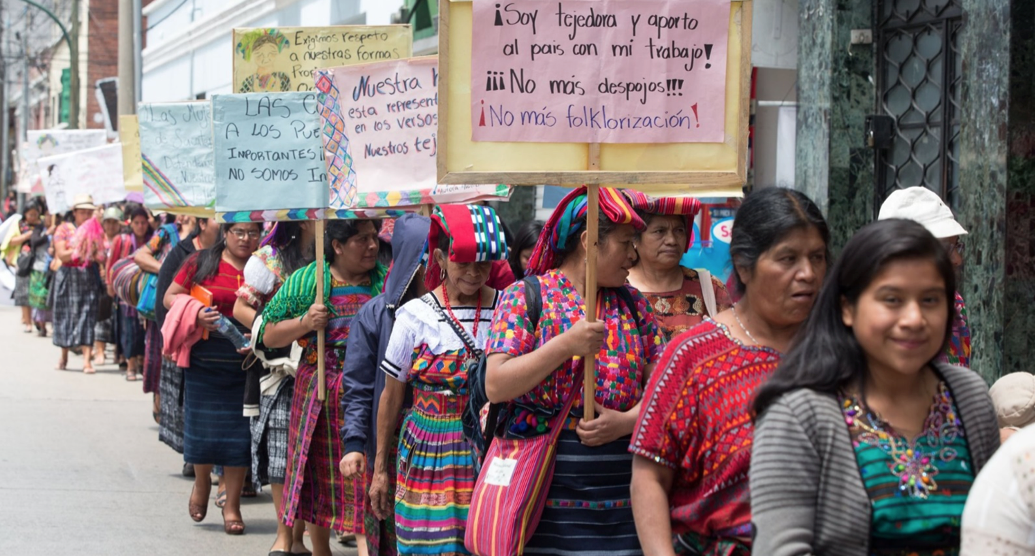 “Between 2013 and 2014, several of us weavers started noticing a practice that was becoming common.  Businesses and individual designers who sell pieces of our clothes, especially huipiles, were approaching us and requesting us to weave textiles with certain changes in their figures and colors.  Even when these changes were minimal, once they had the pieces in their hands, they said we were forbidden to make similar ones…. And threatened to sue us if we did because that “design” no longer belonged to us the weavers, but to them, the ‘designers,’ that just by altering a small detail from the original, transformed them into the “intellectual creators” (and proprietors of the design).” 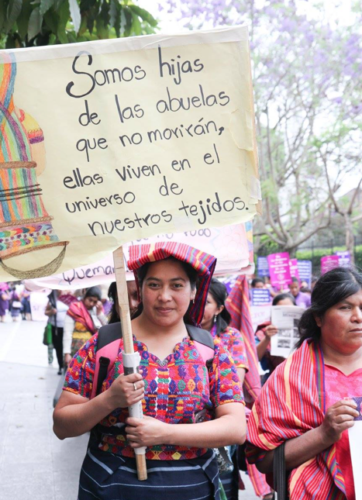 Thus begins the journey of the National Maya Weavers Movement Ruchajixik Ri Qana’Ojbäl, which in just a few years has risen to national and international prominence. Thanks to the movement, for the first time in centuries, we have the opportunity to hear the voices of Maya women who live traditional lives in their villages as they formally commit to protect and defend their textiles and their way of life.  The movement was born of the grassroots, of women practicing the ancient art of backstrap loom weaving that has enabled them to sustain their Maya identity in a society that marginalizes, impoverishes, and discriminates against them.  The movement is a joint effort of thousands of traditional weavers and a Maya women intelligentsia (artists, poets, lawyers, anthropologists, etc.) that has come into being in the last few decades. The latter group, though often not weavers themselves, have listened respectfully to the plight of the former and are fully cognizant of the crucial role weavers have played in the survival of Maya culture.  Working together, these two groups of women have turned their organization into a political force in Guatemala.

Experiences with designers, such as those quoted above, sparked reflections in group gatherings of weavers all over the country, discussions that led to the thorough historical/sociological analysis in the movement’s book. In particular they examine the roots of the underlying ideology that oppresses the Maya population in general and specifically Maya women. Historical sources, for example, show that Maya women were forced to spin and weave to the point of exhaustion for the colonial authorities.  This finds its counterpart in the present when taking advantage of the weavers’ desperate need to sell, merchants purchase textiles at very low prices and resell them at high profits.  Designers and merchants alike, knowing that in the prevailing system weavers have no agency, have no qualms about appropriating patterns, designs, and products. 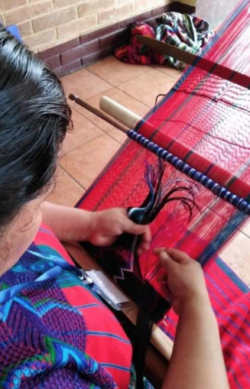 Identifying the problems and bringing them into national awareness was the first step in the movement’s strategy.  But they have moved forward in several directions to demand a transformation of the system. They have presented formal demands that congress enact copyright laws to protect the collective property of Maya communities to their designs. They have denounced the Guatemalan government’s tourism agency, whose promotional ads refer to Guatemala as “The Heart of the Mayan World” and use images of Maya women and their textiles to foster tourism.  Yet, the government shows no respect for Maya women, allowing the harassment and exploitation they are subjected to for living their culture. The movement is also active in newspapers, social media, and interviews, highlighting the demeaning interactions and damaging practices of specific merchants who deal in Maya textiles.

Another important development taking place as the leaders of the movement travel to Maya communities around the country has been the creation of weaving councils at the local level as well as programs to teach weaving to women who did not learn growing up.

Weaving has been a pillar of Maya culture for hundreds of years, and now, in the 21st century, it has become, in addition, both a banner, i.e. a focal point to discuss the inequities in the social system, and a catalyst of a movement to change it.

This story will soon be part of the Third Edition of The Legacy of Mesoamerica, History and Culture of a Native American Civilization, Pearson Prentice Hall.

Brenda Rosenbaum, a Guatemalan anthropologist who did her field work among Mayan women in both Guatemala and Mexico, was struck by their great need and their great talent as backstrap weavers. Moved to take action, she and her husband Fredy co-founded Mayan Hands with the aim of providing Mayan weavers with good work opportunities on a fair trade basis. That was 30 years ago, and since that time Mayan Hands has worked with hundreds of women, making a significant difference in their lives. 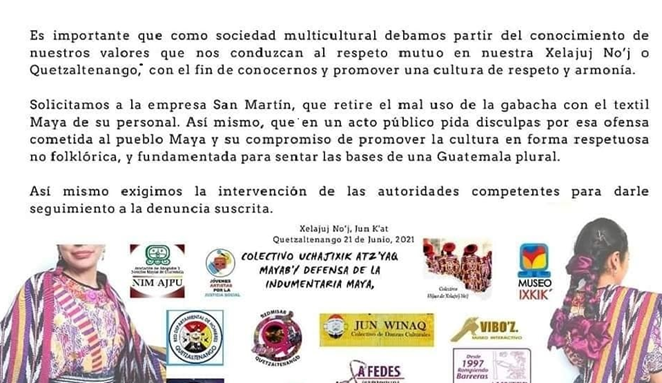