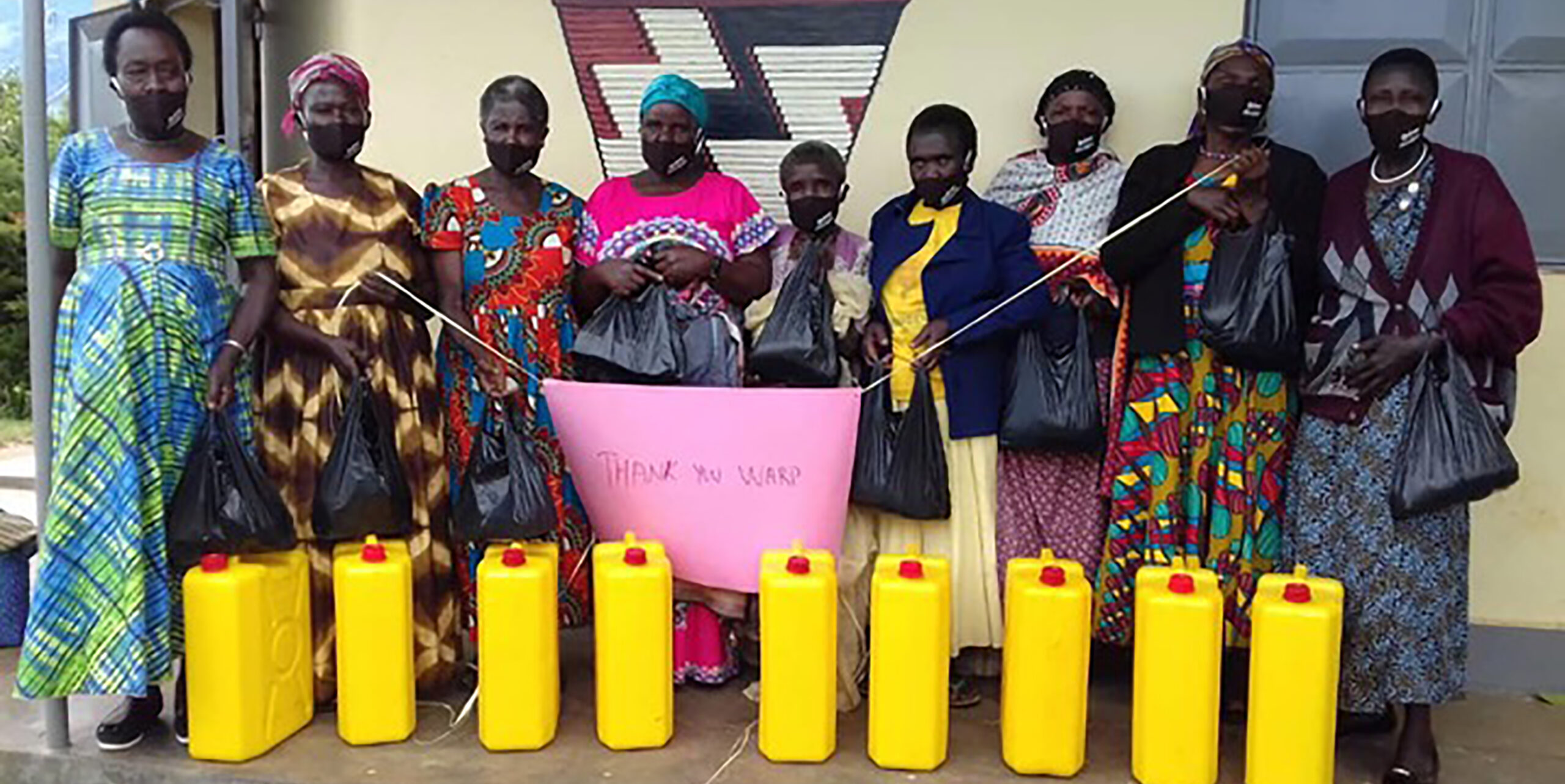 Image Above: Rubona basket weavers with the water jugs they purchased with the WARP grant.

In 1992, at our first organizational meeting of what would become Weave A Real Peace, we had as an invited guest a woman from Potters for Peace. We wanted to know what they were doing, and if it would inspire what we thought we might be doing. As it turned out, they were pretty country-specific, doing most of their work in Nicaragua, helping potters there survive and thrive. A story she told us that has stuck with me forever was of a donation they had received to help a potter buy a sign for his workshop so people would know he was there and had pottery for sale. About the time the money arrived so did a hurricane that took off his roof. Not surprisingly, he asked if he could use the money for a new roof instead of the sign. After some thought the group said no, that he needed to find the roof money elsewhere, this grant was for the sign. So he did that, and within a relatively short time he had enough business from his increased visibility that he was able to pay for the roof, food, and the other stuff of life.

Covid has been like a long hurricane, taking out not only roofs over people’s heads but food and livelihoods. So last year, for the first time ever, WARP gave out grants to artisan groups in seven countries, “for food, medical, and/or housing needs”, and grantees used the funds as they most needed them. The next issue of the newsletter, coming out in September, will have a full report on the grants that were given, where they went and what they were used for. Members of the committee who worked on the grants say that it was one of the most rewarding things they have ever done, and the letters of thanks coming back from the recipients say they don’t know how they would have managed without the help. Supporting textile communities around the world is what WARP is about, and while we are mostly looking at long-range sustainable projects, sometimes feeding people in the short run is necessary before the long run can begin.

Overall we viewed the grant-giving as probably a one-time-thing, depending on how the future would unfold. Well, the future is here, and so far it looks even worse in terms of the pandemic. But it also has brought a shift in WARP’s world such that we are looking at the possibility of continuing with a grant program of some kind. Read the article in the newsletter, and see if it is something that interests you. If it is, contact Maren Beck (maren@hilltribeart.com), the board member who oversaw the last program and will lead the way to determine if WARP can have an on-going, yet-to-be-defined grants program. If it happens, there will be a lot of work to do, both challenging and rewarding, and we would welcome your participation.