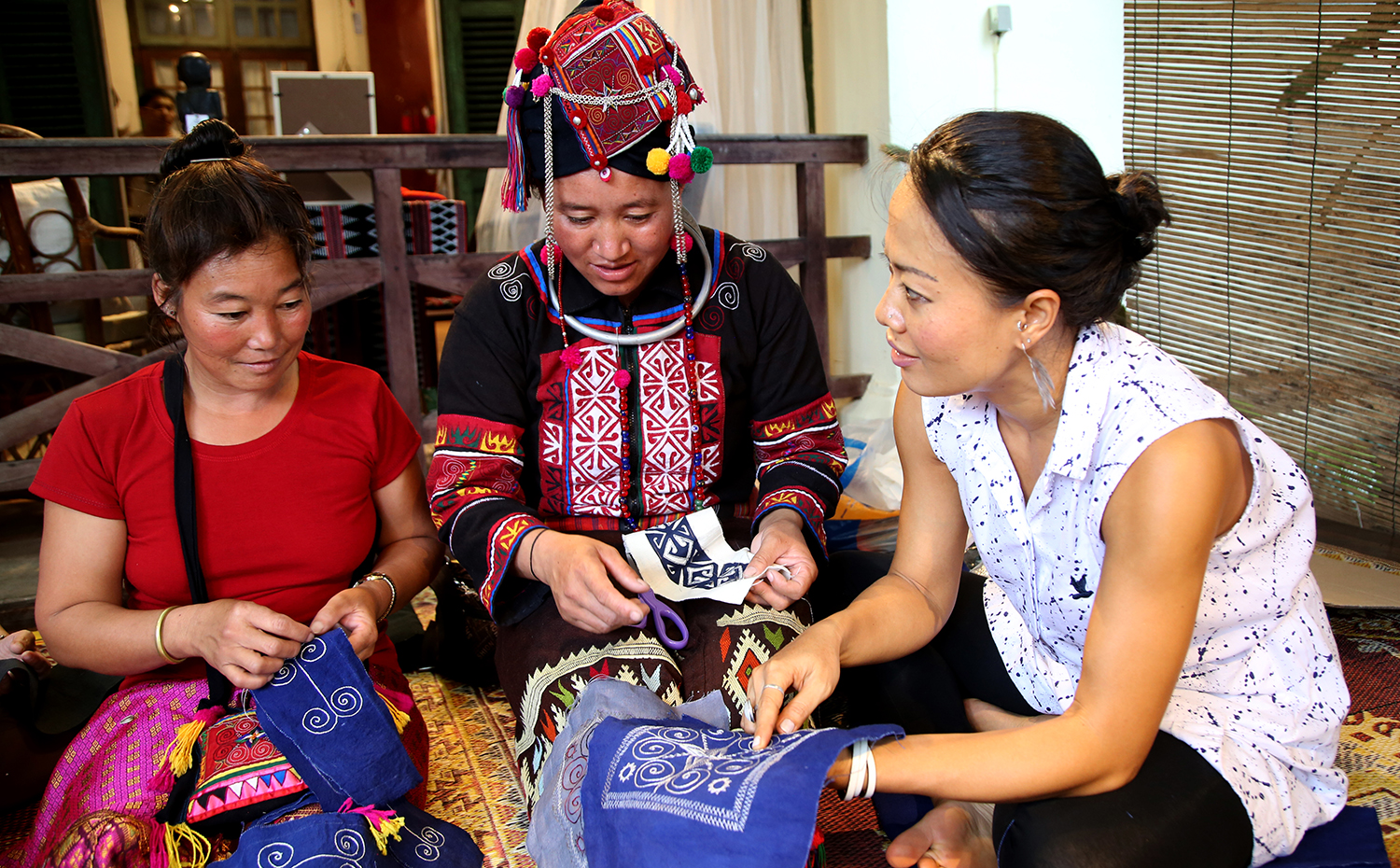 What do you imagine when you think of a museum? Spare displays of ancient objects on a white wall? Taxidermy? Tiny print labels with obscure words, the name of a donor, and an accession number? In the 21st century there has been the much overdue recognition that the traditional model of a museum, potentially based on an endowment of pillaged artefacts, displayed with no historical or cultural perspective, is no longer defensible.

There has been a particular rethinking among ethnology, natural history, art and national museums that display textiles and other traditional cultural expressions that have roots in contemporary communities and living cultures. There is now an effort to address the historical lack of agency of these communities in how their identity was portrayed by engaging them in museum activities. However, it is not easy – the skills of museum staff tend to lean towards archival research, collections management, and exhibition design, not community outreach and fieldwork.

At the Traditional Arts and Ethnology Centre we were free from those constraints. Started by a Lao museum guide-turned collections manager and an American sustainable development consultant (me!), we opened our tiny social enterprise in 2007 with the rather lofty goal of promoting understanding of Laos’ ethnic diversity and advocating for the survival and transmission of its cultural heritage.

To this end, community-based research has always been a strong focus area of TAEC’s work. Communities are engaged from the beginning of the process of developing exhibitions, and to date, most of the exhibits have been determined by an informal community cultural-mapping process which reveals the interpretation opportunities. Most of TAEC’s collection artefacts have been commissioned and acquired from communities (based on a strict ethical acquisition policy), and the Museum Shop’s merchandise is primarily made by village artisans.

Given that TAEC represents living cultures in a developing country context, establishing an appropriate relationship with a community is also a considered process. It poses ethical questions – who should speak for a community? TAEC must balance the perspectives of different ethnic groups, of the government and of foreign interpretation when handling politically sensitive issues, historical and contemporary. Though TAEC engages with the local formal leaders, it almost always then gently disengages to speak with a variety of informants in the community in a less structured manner. “Community knowledge persons” emerge, usually as locally respected elders, priests, the most confident and accomplished female handicrafts producers, and the educated youth. Their most common denominator is an interest in interpreting their own culture.

Forging strong partnerships with these knowledge persons greatly enhances the quality of TAEC research, and exhibits include personal stories, contemporary objects, and quotes. Knowledge persons can be called upon to fill gaps in the Centre’s information, to answer questions as they come up and to provide advice and knowledge on an ongoing basis. Particularly in the highly bureaucratic context of Laos, this friendly network of contacts is invaluable when formal research activities require permits and government approval. The most productive relationships with source communities are invariably those which become more informal, familiar and regular.

From the community’s perspective, they ensure their knowledge and stories are recorded in a period of rapid cultural change. Some individuals have the opportunity to travel to Luang Prabang to see the exhibits – TAEC has supported several community “knowledge persons” to visit the Centre and see the results of their work. Communities stand to benefit from a greater sense of the true value of their material culture, and can make a more informed decision about how to manage it.

Being mindful of the nostalgia and paternalism that is often rife in historical or ethnological museums, the Centre does have a responsibility to document objects, practices and beliefs of ethnic groups that may not retain these cultural markers for much longer. But perhaps even more importantly, it is the Centre’s responsibility to find ways to empower the ethnic communities themselves to recognise the changes they are undergoing and make decisions on whether and how to control those changes. Fostering pride within an ethnic minority community of its skills, indigenous knowledge, local resources, and identity would be a benefit far beyond what a museum can achieve through exhibits and documentation.

Tara Gujadhur is the Co-Director and Co-Founder of the Traditional Arts and Ethnology Centre (TAEC) in Luang Prabang, Laos. TAEC is a museum and cultural heritage social enterprise dedicated to preserving cultural diversity in Laos. Tara guides the Centre’s research, exhibitions, and strategic development, among other responsibilities. Tara came to Laos in 2003 with a development agency where she spent three years advising the government on sustainable tourism, primarily in ethnic communities.

Tara spoke on WARP’s 2021 panel discussion, “Cultural Appropriation: Where do we go from here?” which you can watch by clicking here.